This totally "fail safe" designed hose break system, is the only system in the world, that, each time before it is used, can be tested in the cab for its correct operation. This can be done in just a few seconds from the driver's seat, by just pressing two buttons. One button simulates a pipe fracture, to which the system must respond immediately. The other checks the operation of the pressure sensors.

A comparing test showed, that most of the other systems on the market, allow far more oil pollution to the environment in the event of hose or pipe break, than this Electronic Hose Break System ESVB. The ESVB safety valve immediately slams shut in the event of a hose break. There will not be more leakage, than a teacup of spilled oil.

The ESVB electric/hydraulic valves are the most compact safety valves on the market. Even the 800 l / min capacity valves are not bigger than 170x100x100 mm. Especially when been mounted on wheel loaders (due to limited space), they seem to be the only valves that can be fitted. The valves are always in a fully open position, when the hydraulic system is in perfect order. This means that particularly on wide framed wheel loaders, it prevents torsion when lifting.

Blockage of the movement when there is a rupture

In contrast to, e.g. servo-controlled hose break valves, these valves completely stop the movement of the arm during a hose break. Besides the fact that there is now no more oil is loss, it makes the operator instantly alert of a line failure. In the case of a servo controlled hose break system, the operator will not realize the hose break before he is at the end of a lowering motion. Then he cannot lift and will spill enormous amounts of oil.

No effects on the operation

Because these valves are fully open or fully closed, one feels nothing of this security system during normal operation. The machine is as fast or slow as if there were no valves fitted at all. This is important when trimming, for example.  Servo-controlled valves do not close exactly at the same time creating shuttering and torsion. In the long term this is particularly harmful in wide lifting frames as on wheel loaders.  Heat does not occur on the hydraulic system when using ESVB valves. 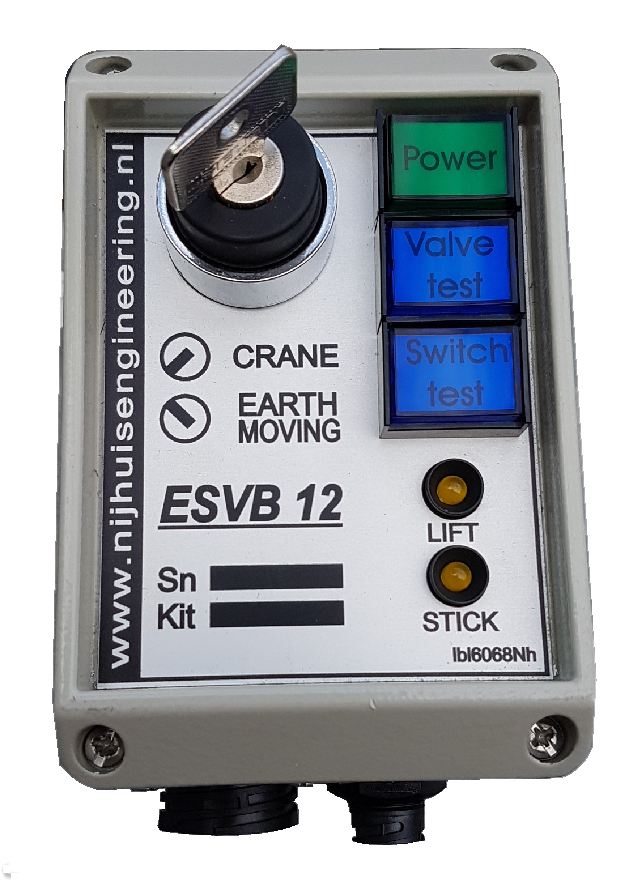